I’m the type of traveler who plans my trips around a list of must-eats. For me, eating is as much a travel experience as sightseeing.

My husband and I were in Hong Kong for 3 days and I loved every minute of our vacation because so much delicious food was available all the time! But I’m also conscious about what I eat because I want to maintain a healthy lifestyle and let’s face it, it’s really challenging to maintain our well-being while on vacation.

So to balance our food tripping, we stuck to protein and fiber rich breakfasts like eggs and whole wheat toast. This allowed us to save our splurges for must-visit local restaurants. We also drank lots of water to prevent dehydration and to help detoxify our bodies.

Lastly, we incorporated some exercise by walking all around the city instead of taking cabs, and trying to reach 10,000 steps a day, which is the equivalent of the required 30 minutes of daily exercise.

So armed with a water bottle and our trusty pedometers, we navigated the streets of Hong Kong to find a true taste of the city.

Let me share with you my favorite restaurants, sights and how many steps you can rack up by exploring Hong Kong with your own 2 feet.

Right after we checked into our hotel, we visited Spring Deer in Mody Road for lunch. While this restaurant is famous for its duck, my favorites are its Deep Fried Mutton in Peking Style and Sweet and Sour Pork with Chili.

The mutton was crunchy on the outside and still moist and juicy on the inside. The pork was tender with just the right amount of crispy coating and its sauce had the perfect balance between the sweetness of the pineapple and tanginess of the vinegar.

After lunch, we walked to the Tsim Sha Tsui promenade to get an uninterrupted view of the Hong Kong skyline with the Bank of China Tower looking like a bamboo plant.

We kept on walking until the Star Ferry terminal and took a boat ride to Central. The boat ride itself is one of Hong Kong’s best attractions because it offers a spectacular view of Central for only HKD 2.50!

Once we got to the Central pier, we walked a few steps to the Hong Kong Observation Wheel.

A ride on the wheel takes 20 minutes long which gave us plenty of time to appreciate and take photos of the city’s famous buildings from above. 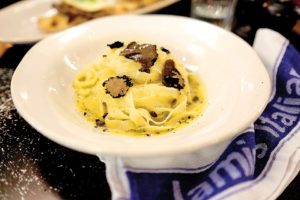 We then took the boat back to Tsim Sha Tsui and had dinner at Jamie’s Italian in Harbour City. My husband and I are big fans of Jamie Oliver and his passion for creating healthy food that tastes good. My favorite dish was the Truffle Tagliatelle. The pasta was freshly made in the restaurant and the combination of truffle, butter and parmesan was just divine.

For dessert, we went down to Sweets House Cha Cha at the Harbour City food court for some super thick and creamy Hokkaido milk and matcha soft serve ice cream.

We then walked off what we ate by visiting the Temple Street Night Market in Jordan where we also bought some souvenirs.

We started the day early in order to avoid the crowd at Victoria Peak. The Peak is a wonderful place to relax in the morning with a cup of hot chocolate while admiring the city’s skyscrapers.

Once we had our fill of the view, we headed back down to Central to have an early lunch at City Hall Maxim’s Palace for the classic trolley dim sum experience. My favorites there are the Steamed Pork Dumplings with Crab Roe and Deep Fried Fish Balls.

Aside from the food, I loved watching the vast dim sum selection being paraded around the hall in trolleys the old-fashioned way.

After lunch, we took the Mid-Levels escalators, the longest covered walkway and escalator system in the world, which gave us a glimpse into everyday Hong Kong life.

From there, we went to Wellington Street to look for Mak’s Noodles. Their Shrimp Wonton Noodles came in tiny bowls, which were perfect for snacking. Each piece of wonton contained one whole shrimp (no extenders here!) and went really well with the al-dente noodles. 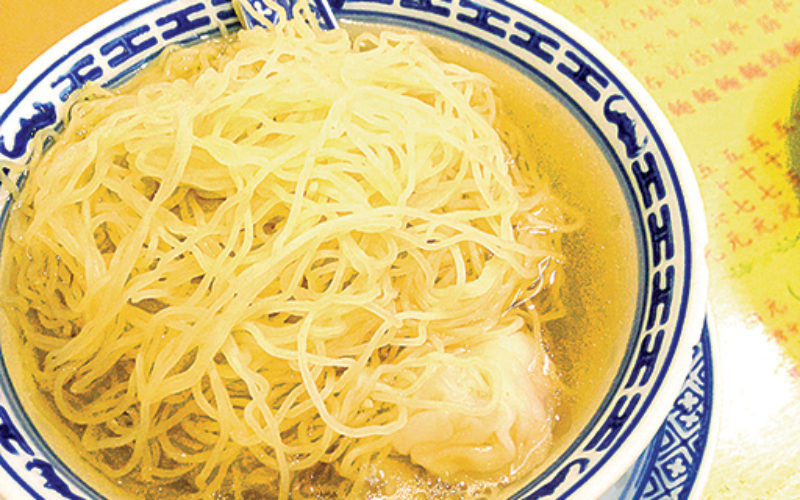 After our noodle snack, we wanted something sweet so we went to Tai Cheong Bakery in Lyndhurst Terrace for some egg tarts. We were lucky to arrive just when a fresh batch was being taken out of the oven. I must say they’re the best egg tarts I have ever tasted. The crust was so buttery and the custard was so smooth and creamy.

We continued to explore Central and ended the day with dinner at Yat Lok, a Michelin-starred restaurant that serves roast goose. We ordered their Roast Goose with Rice which was insanely delicious even without sauce! The skin was crispy, not too fatty and the taste was not at all gamey.

Off the Beaten Path

On our last day, we went for a relaxing walk at Nan Lian Garden in Diamond Hill. The place was so peaceful that we ended up spending 2 hours there just walking around and admiring the meticulously trimmed Chinese plants and structures. 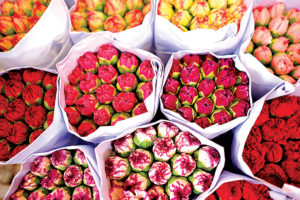 One Dim Sum is not as well known as Tim Ho Wan, but they also serve super delicious dim sum, and their own version of baked barbecue pork buns, which I actually ended up liking better. Their dishes are pretty affordable too with nothing above HKD 30.

Their steamed dumplings were plump and really tasty but my favorite was the Veal Chop with Black Pepper which was incredibly tender, juicy and flavorful. We had to stand in line for around 40 minutes to get a seat but the veal chop alone made the wait worthwhile. 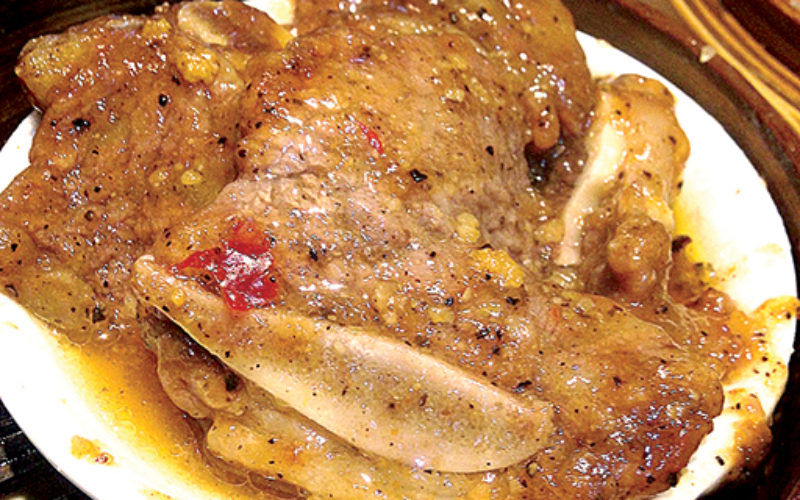 Unfortunately, we only stayed in Hong Kong for a total of 55 hours, which made it physically impossible to visit more restaurants.

But in the short period, we were able to max out our targeted daily steps! Maybe next time we’ll schedule a longer trip to enjoy more food!